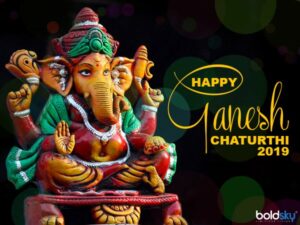 Its is the last day of August and every one is eagerly waiting for Ganpatti Bappa to arrive on Ganesh Chaturthi on September 2 2019 , Ganesh Chaturthi is a widely celebrated festival in India with great pomp and show , celebrated every year in August and September in this festival people bring Ganpatti’s idol in their home to celebate the birth of Ganesh ji , wish everyone on this day with Ganesh chaturthi whatsapp status  .

Huge Ganesh idols are installed publicly with great pandaal and beautifully decorated with flowers and lights , Aarti is performed with large public gatherings morning and evening for ten days , after which Prasad is distributed  , Prasad mainly consist of sweets like Modaka and it is believed to be favorite of Ganesha and is distributed by the Pandaal Community . 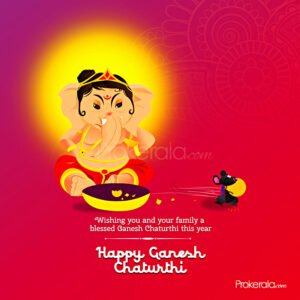 Wish your family and friends Ganesh Chaturthi with lovely Ganesh Chauturthi whatsapp status with lord Ganesh images and wishes , Lord Ganesha is the second son Lord Shiva and goddess Parvati , it is believed that he was beheaded by his own father Lord shiva when he denied his entrance into his own house with orders of his mother Goddess parvati , and that made Lord Shiva angry and he beheaded his son not knowing the fact that he was his son with his trishul , after which Goddess Parvarti got angry and tried to Destroy the whole universe.

Have a Great Ganesh Chaturthi Utsav

On seeing the universe getting destroyed Lord Shiva applogize for his mistake and promised Goddess Parvarti to return life of Ganesha and threw his trishul in the air and said to behead the first thing that came in the way of his trishul and then the trishul returned with a head of elephant baby ‘s head and that is how ganesh ji became god with body of a human and face of an elephant. 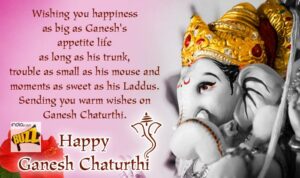 This festivals marks the new beginning and also it is believed that people ‘s problem are removed and wishes of people are also fulfilled by Ganpatti Bappa . The festival is also celebrated in foreign countries by the community of indian people living there.

A huge amount from donation is collected for about two to three months before the festival in order to make all the arrangement for the festivals , as there is lot of cost involved in decorating pandaal as every time a new theme is introduced according to the current scenario in the country with some messages and with that Prasad is given is to each and every who is present during the Aarti in the morning and evening that also involves a huge cost , Lalbaughcha Raja is very famous for its Ganesh Chaturthi with unique themes and ganesh idola with beautifull decorations .

Benefit : This mantra will remove all your problems and obstacles and will help you achieve your goal and wealth .

Benefit : This mantra is chanted for gaining high widom and modesty .

Benefit : This mantra helps in fighting problems related to your social life .

This Mantra allows us to be just like Ganesh , and hear and accept only that which is peacefull and good. Chanting the mantra shields us from negativity and helps us overcome the stress caused by it.

“O, Elephant Faced One!
You are so near
and we are far from You.
You are in and we are out;
You are at home, while I’m a stranger.
Yet, You have destroyed my egoity.
I shall sing Your Praise forever
and lay my garland of songs at Your feet.”

“He is worshiped with red flowers.
Unfailing, merciful, the origin of the worlds,
He appears at the beginning of creation, alone, beyond Nature, beyond the Cosmic Person.
He who meditates on His form
becomes great among the yogis”

“In heaven Lord Ganesh will establish the predominance of gods, on earth that of people, in the nether world that of serpents and anti-gods”

If you take home a stone and worship it in full faith, over a course of time you are bound to see the image of Ganesh.” 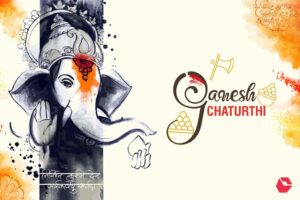 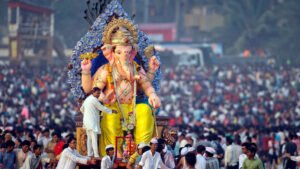 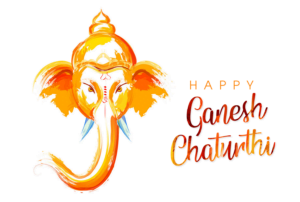 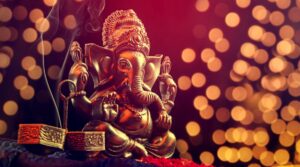